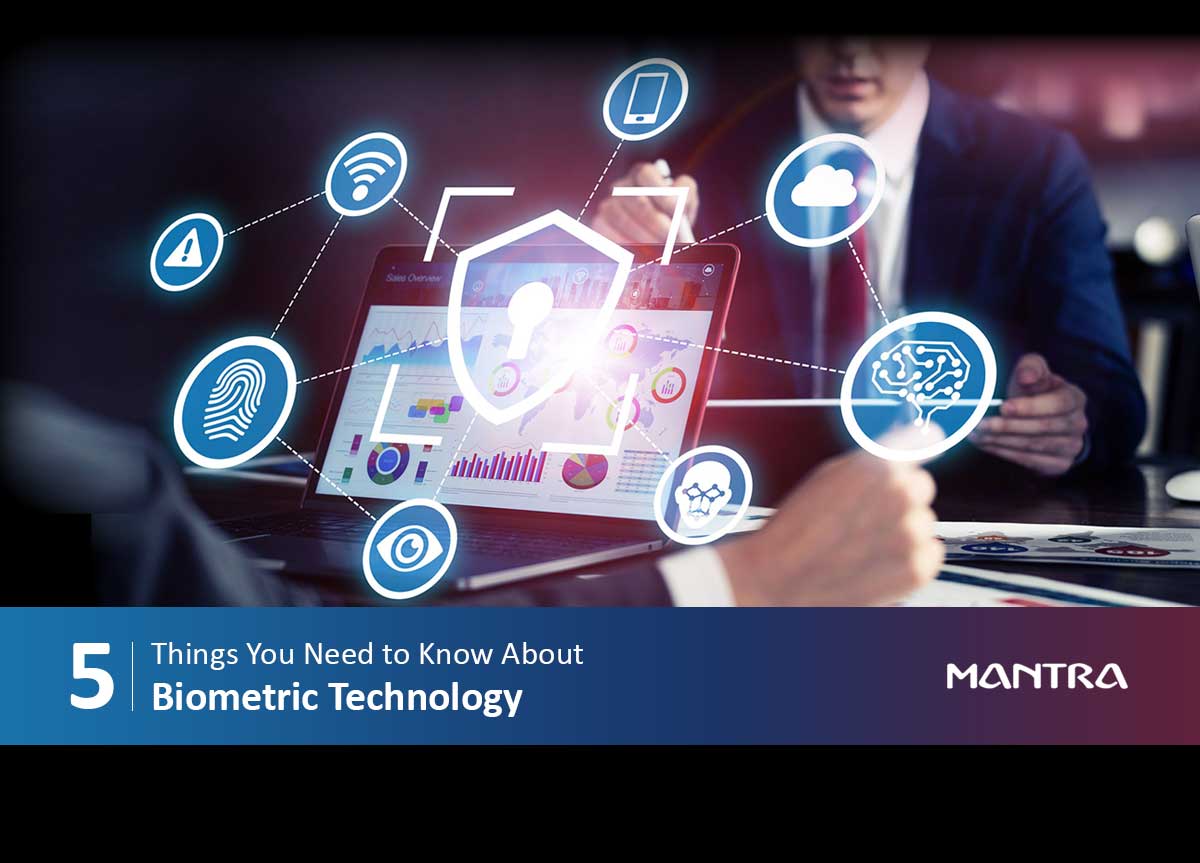 Things that you need to know about Biometric Technology

As the digital age unfolds, despite biometric technology becoming so commonplace, many aspects of biometrics are yet not known by the majority of the populace. When referring to biometrics, everyone generally correlates it with IRIS, fingerprint, facial, or palm-vein. Nevertheless, biometric technologies are not narrowed down to these widely known modalities.

We are aware of the fact that biometrics is perhaps the future of human identification & authentication. But, various other facts and aspects of the next-generation biometric technology are still not known or remain unfamiliar. Here, we bring to light the top five unusual facts and facets of biometrics:

1.There are more biometric modalities than fingerprint, palm-vein, facial, and IRIS recognition

Pretty much everyone around the world including the end-consumers, who are not even related to the field of biometrics in any manner at all, perceive it as a technology that utilizes a person's fingerprint, palm-vein, facial, or IRIS impressions for identification/authentication.

The reason for biometrics becoming so familiar amongst layman is the proliferation of biometric modules on mobile devices. Yet, there are multiple unfamiliar biometric modalities, which are unknown and mainly divided into two categories:

1.1 Physiological – It is based on the physical traits of a person, which is further divided into:

1.2 Behavioral – It is based on the scientific study of human’s and animal’s bodily functions, which is subdivided into:

2. AI powered biometric systems are going to be reality

As we enter into a modern era of secure and rapid authentication, the world is shortly going to witness a revolutionary digital storm: the intersection of AI & Biometrics. Artificial intelligence holds untold potential in the field of embedded systems, robotics, and information technology.

3. All biometric modalities are not available to utilize

Apart from the highly popular biometric identification methods like facial, IRIS, palm-vein, and fingerprint, there are a couple of modalities that have been determined, designed, and patented legitimately by some of the technology-based companies.

That means, some identification & authentication techniques can be employed only by the patent proprietors. For instance, Fujitsu has patented different palm-vein authentication & image processing methods, devices utilizing these technologies can be manufactured only by Fujitsu or partner enterprises holding the copyright of the patent.

4. Biometric Authentication is faster than Identification

Authenticating an individual using biometrics is always rapid than identifying him/her. Biometric authentication is a one-to-one (1:1) process, in which a person claims certain identity proof, based on which his/her biometric data is matched efficiently against the stored identity data. For instance, the unique Aadhaar number utilized to match an individual's identity via biometrics is an instant process.

On the contrary, biometric identification is a one-to-many (1:N) process, in which a person's biometric sample is checked against the existing database comprising of a large number of data. For instance, matching fingerprint samples obtained from a crime scene may take from several seconds to minutes as it is a 1:N process. There is also a possibility that the database may or may not have a biometric sample to be matched.

Seemingly, the biometric devices scans/captures images of a person’s physical traits like IRIS, face, pal-vein, fingerprint, etc. for enrolling, identifying, or authenticating him/her. Though it cannot identify/authenticate any person based on these captured images. Hence, these images are first transformed digitally through biometric recognition algorithms into digital biometric templates, which nowhere look like the originally captured images. Biometrics thus deals with digital templates, and not images.