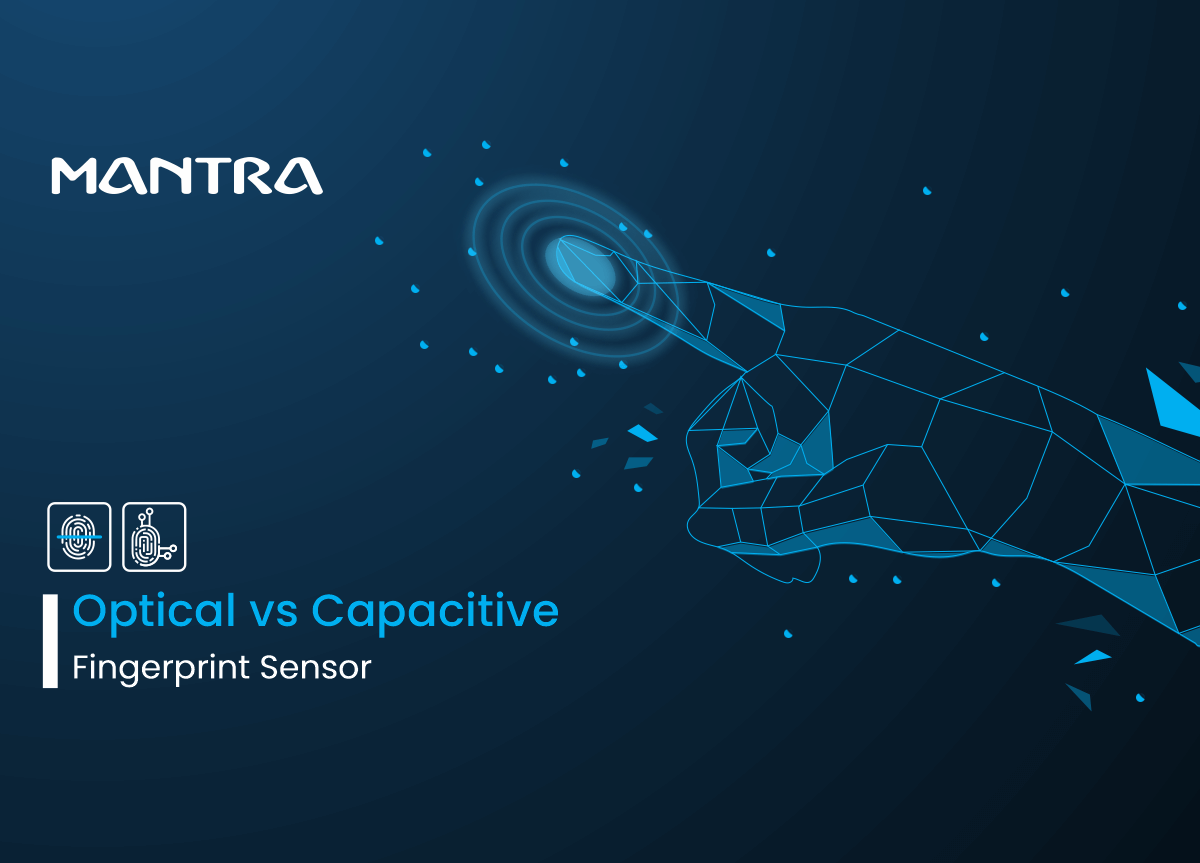 The modern world is heading towards digitization, where security is paramount. Small to big organizations can achieve this feat with the rapid implementation of high-end technology that has kicked into the security narrative.

Fingerprint sensors, in biometrics, provide solutions to innumerable problems society faces. The topic of discussion remains, which sensor is more efficient based on your needs, the Optical or the capacitive-based sensor.

How does an optical fingerprint sensor work?

Two types of detectors are used: Charged Coupled Devices (CCD) and CMOS-based optical imagers. The computer automatically analyses the image, focusing on the fingerprint, and converts it into code through advanced pattern-matching software.

Although manufacturing charge-coupled devices are somewhat costly, fingerprint identification does not require low-light sensitivity or grey-scale imagery. However, it is less expensive to produce optical imagers with CMOS technology. The CMOS imagers are produced in large quantities, and part of the image processing operations are integrated into the chip.

Functioning of a Capacitive Fingerprint sensor

Just like optical scanners, a capacitive scanner creates a fingerprint image by determining the ridges and valleys in a fingerprint. The significant difference here is it uses electric signals (diodes) instead of illuminating it through LED light.

We all know that the human skin is conductive in nature; this is one of the factors that help in functioning these types of scanners. The closer a finger is to a capacitive sensor, the more accurate data is generated. There are instances where a small voltage is applied to the capacitors to get more accurate data when the finger's ridges are not placed accurately.

Optical sensors are very durable and require zero to no maintenance in the long run. The glass platen in which the sensor is placed is scratch-resistant and made up of material that is sometimes considered as hard as quartz. It also safeguards from extreme weather and is mostly shock resistant. These sensors are responsible for providing high-resolution images and are lower in cost than other sensors. The downside to optical fingerprint sensors is their vulnerability to latent prints caused by sweat and other skin debris that usually fall on the sensor.

On the flip side, a capacitive sensor works by arranged semiconductor chips which help register fingerprints in the scanner device. These sensors are not as rugged as optical but are quick to scan a fingerprint. Also, capacitive scanners are best suited for compact spaces where accuracy is most needed.

In the world of biometrics, fingerprint scanners are the most popular devices to enrol, authenticate and verify personal data for security and other processes in a person's life. The choice of the device, however, depends entirely on the user. Since both types of scanners are groundbreaking innovations in biometrics, both have advantages and shortcomings but are always reliable and secure, depending on the user's usage.