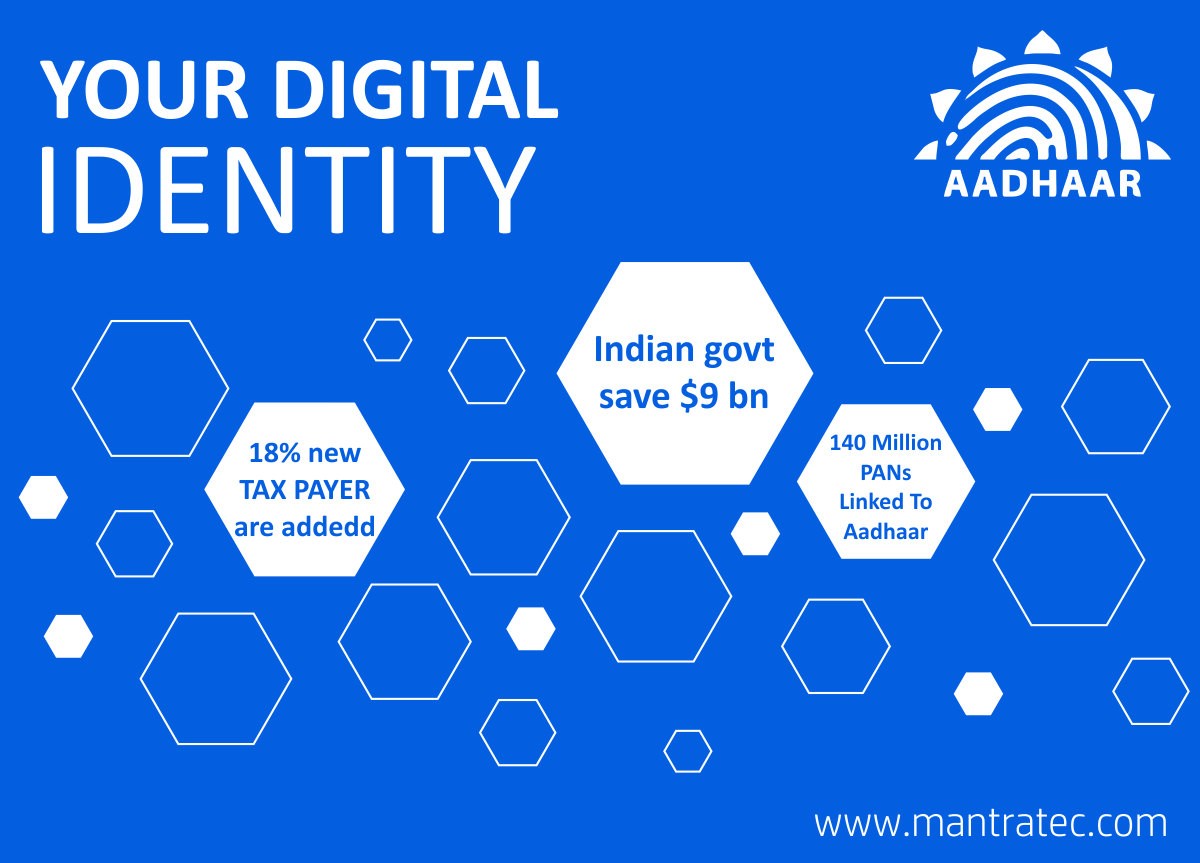 In just four years, Aadhaar, also known as India’s “Unique Identification Number”, has registered the identity of 1+billion of its citizens, with both the said 12-digit number and biometrics elements.

A 12-digit unique identification number, strengthened by a fingerprint and iris scan of citizens for increased authenticity and security.

India had major problems in identifying beneficiaries for social programmes. A significant proportion of residents lacked formal identity credentials, and many of those who had credentials possessed ones that were only recognised locally. Inadequate identity records and verification processes meant that government agencies frequently distributed social welfare benefits to the same people multiple times, or to people who did not qualify.

The beneficiary will keep his finger on the Biometric Fingerprint scanner, their Aadhar number is entered and each finger is scanned. The data is sent to aadhar server to know the best finger of the beneficiary.

The Hand handle device receives the data from the aadhar server and is printed. This finger is always used by the beneficiary to avail various benefits at Fair price shops, at Banks, in National Rural Employment Guarantee Scheme in the form of commodities or cash. 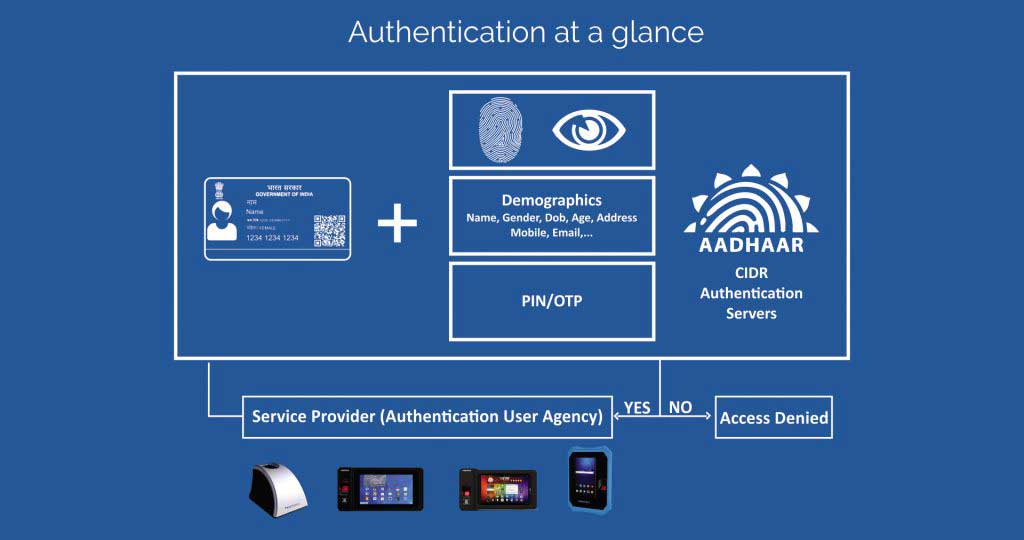 The beneficiary uses his Aadhar card for various aadhar enabled payment solutions and avail. All the transactions are recorded in the device as well as in the central server. A real-time Receipt is given to the beneficiary after the cash collection.

With Aadhaar-enabled KYC system, you would visit a bank with an Aadhaar certified biometric terminal (basically a mobile phone or a tablet or a PC with a fingerprint scanner and an Internet connection). Type in your 12-digit Aadhaar number and put your finger on the fingerprint scanner. Your fingerprint is encrypted and sent to the UIDAI servers for verification. If your fingerprint matches the fingerprint provided at the time of enrollment, you are successfully authenticated, and your demographic data and photographs are released to the bank.

Aadhaar-enabled automatic weighing of the rations, which is tied directly to the current handler’s Aadhaar identity. If the weight is not accurate, the transfer of goods cannot take place and the identity of the handler is known. To mitigate abuse at the beneficiary end, each fair price shop is equipped with digital point-of-sale devices used by shop employees to authenticate beneficiaries using their fingerprints or iris scans .The device links to the Aadhaar database via a mobile, Wi-Fi or cabled internet connection, and then verifies the beneficiary’s identity and eligibility.

The beneficiary always places his best finger first for any transaction. This reduces the authentication attempts and hence the transaction time.

Online authentication of the fingerprints as per UIDAI, authorized API can be done

we have more than 50+ service centres across India