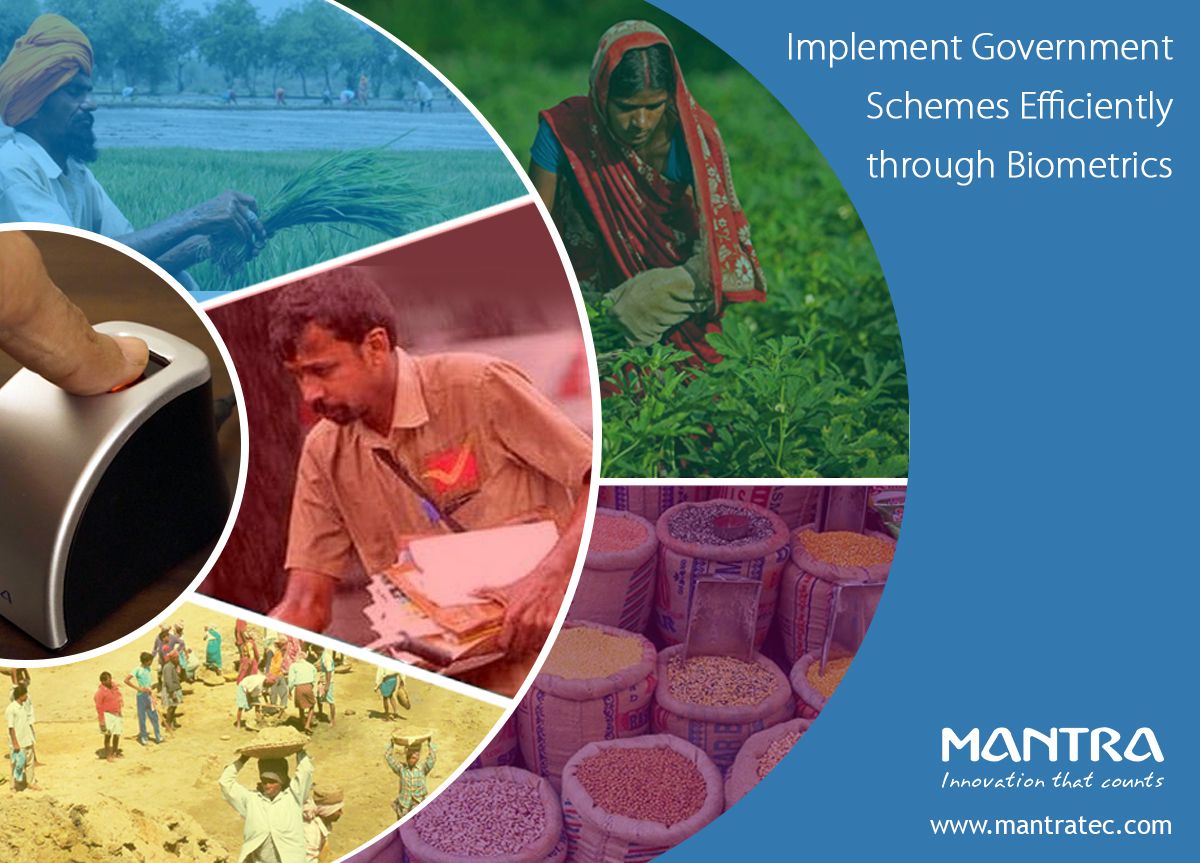 Biometrics technology is setting its foot in multiple industries, and this is just a start for biometric technology to shape up the digital advancement in India. The Government of India has been realizing the emerging necessity for the implementation of biometrics in various government-led initiatives, social welfare schemes and services.

The execution of biometrics technology has been increased across the globe as the governments of innumerable countries have been seeking an end-to-end, efficient, safe, cost-effective and secure identity solutions.

Indian Government has initiated the world’s pioneering and largest identity program ‘ Aadhaar‘ – to enrol and identify 1.35 billion population of India through biometrics. Aadhaar has acted as a stepping stone to bring a social inclusion in India so that the citizens can enjoy their social rights, services, and government welfare schemes without experiencing any fraudulent identity theft.

A recent advancement in the government-led initiatives has been observed, following the adoption of biometrics technology as mentioned below:-

The India Post Payment Bank (IPPB) was instituted by GOI on September 2018, last year, so that the customers or account holders can procure opportune and accessible banking services at their doorsteps.

Initiated with 3,250 access points, IPPB said “it will be spreading its footprint and leveraging the vast postal network of nearly 1.55 lac Post Offices and 3.0 lac postal employees in every district, town and village of the country.”

The government-owned IPPB collects Aadhaar information of the customers to open their accounts. While a two-step verification is carried out taking into consideration the QR card and biometric data of an individual for authentication and carrying out transactions or payments. Mantra Biometric Fingerprint Device MFS100 is utilized by IPPB in driving the process of authentication.

As per the direction of the Centre, the states have collected the biometric data of Rohingya refugees concerning the security of the Nation.

Looking forward to it, in the month of December 2018, the state of Jammu and Kashmir has started collecting the Biometric details of the Rohingya refugees through biometric technology to provide them with a refugee certificate.

The registration process of Rohingya refugees in J&K is primarily done through the Mantra Biometric Fingerprint Device MFS100.

Healthcare is deemed to be one of the conspicuous sectors for riding the wave of biometrics-based technology. As per the recent newscast, the Tamil Nadu government has successfully implemented biometrics to identify the blood donors.

After witnessing the effectiveness of the biometric identification process in TN blood banks, the central government is planning to adopt biometrics to verify and identify blood donors PAN India.

MGNREGA i.e. Mahatma Gandhi National Rural Employment Guarantee Act, 2005 was enforced by the Indian Government with an objective of protecting the livelihood of the rural population and boosting the employment opportunities for the poor families or inhabitants of rural areas.

Mantra’s innovative biometric time attendance system can support MGNREGA in efficiently recording the clock-in/clock-out time of the workers/employees, precise calculation of wages and enriching the productivity of workers/laborers.

Biometrics has all the capability to take the agricultural industry by storm, assisting the farmers to claim their insurance through biometric identification. The ground-reality farmers do not get the benefit in today’s scenario and hence linking their Aadhaar details will allow farmer’s identification through their biometrics.

Under Ayushman Bharat Yojana, the beneficiaries are required to register and verify through its mobile number, Ration card or through Aadhaar via Fingerprint and Iris Detection.

Mantra a leading company in Biometric technology is extending its support by providing Biometric solution to all hospitals, which is empanelled in AB-PMJAY.

With technological advancement, the retail industry is moving beyond the traditional practices while the government has asked the fair price shop owners to employ biometrics for imparting convenience and render maximum benefit to beneficiaries.