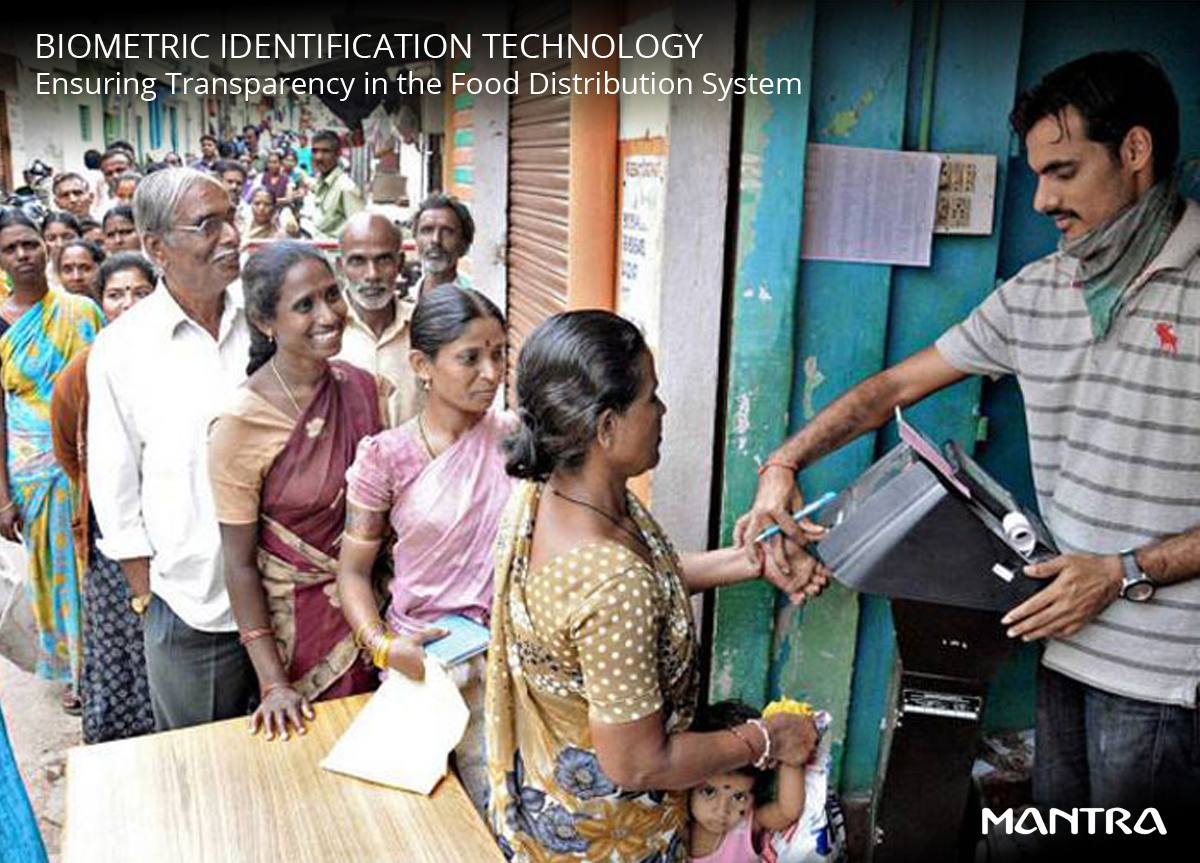 Biometric identification technology has travelled a long way in a short period and provides an advanced technique of identifying and verifying individuals depending on their physiological attributes such as fingerprint, iris, and face.

In a digitally connected world, precise identification of a person has become an integral part of security infrastructure not only for diversified domains such as banking & finance, telecom, healthcare, transportation, law enforcement, border control but also for the government.

Delivering public welfare services in a fair and non-intrusive way becomes imperative for the government so that the righteous beneficiary get access to the benefits. Biometrics got its real calling in India when the government started applying this cutting-edge technology for various welfare schemes to ensure fair service delivery mechanism.

As per the estimation of the Food and Agriculture Organization in ‘The State of Food Security and Nutrition in the World, 2018” reports, approximately 195.9 million populace in India is undernourished. The Indian government has already formulated a food security system to make sure that the citizens or households with income below a certain threshold level receive proper benefits of food distribution.

GOI made provisions to bestow food grains to the poor and needful populace of the country at subsidized rates, for establishing efficient service delivery of food grains like wheat, sugar, rice, etc. and various other commodities such as kerosene or fuel.

The Food Corporation of India assists the government in distributing staple food grains to the eligible households through a series of fair price shops (FPS), also known as ration shops spread across different country.

Under Public Distribution System (abbreviated as PDS), the process of identifying/verifying beneficiaries was carried out using the ration cards (also termed as household supply cards) provided to the eligible households/beneficiaries.

Nonetheless, owing to identification errors and non-transparent operation in the implementation of food grain distribution system, BPL families or rightful recipients are kept out of reach of the allocated subsidized food grains.

The National Food Security Act (NFSA) issued ration cards to approximately 23.19 crore populace falling in the category of BPL in the year 2018, out of which 2.75 crore ration cards confirmed to be a ghost or bogus ration cards.

Consequently, to overcome the leakages or challenges in the food and public distribution system; reliable, scalable and interoperable platform i.e. biometrics became the need of an hour for the Indian government.

Sitting at the helm of the world’s enormous citizen identification program – Aadhaar and the innovative biometric technology, the Indian government has enacted an Aadhaar-based biometric authentication facility. Aadhaar plays a vital role in social welfare schemes in addressing the challenges/leakages associated with uniquely identifying an eligible beneficiary.

To plug the leakages in the food distribution system, the central government has asked to seed beneficiaries/household’s Aadhaar card to their ration cards. “More bogus ration cards will remain out of the system once we have 100% Aadhaar seeding,” said the food and consumer affairs minister.

In the view of technological capabilities of the biometric-based identification method and the proven track record of the effectual citizen Identity solution, biometric fingerprint and/or iris devices are deployed to verify beneficiaries and support de-duplication.

Identifies the beneficiary rapidly and with precision.

Registers the biometric and demographic details of the beneficiaries for providing aid to the right person.

Brings transparency in public distribution system to ensure more is available to the less privileged.

Bring transparency in the implementation of social welfare schemes.