Home / Blog / How Biometrics is playing a vital role for Aadhaar based services? 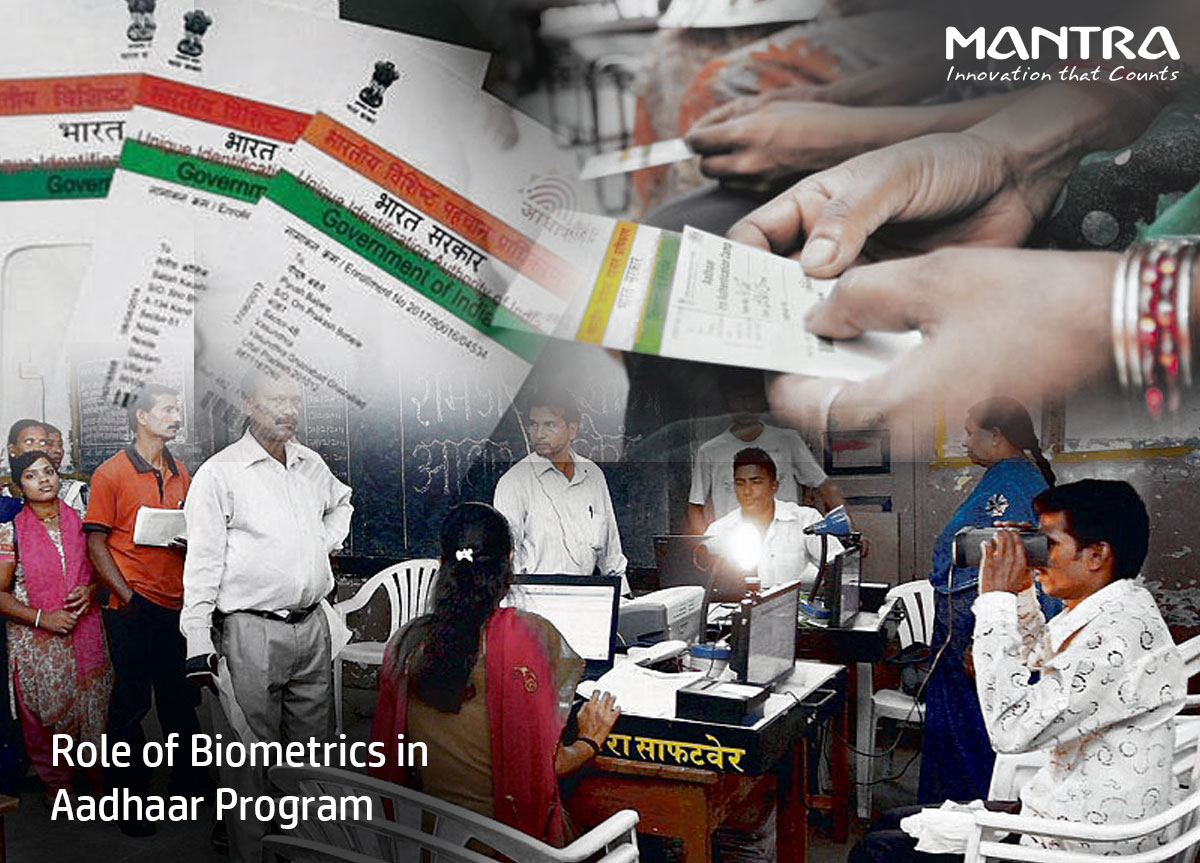 Role of Biometrics in Aadhaar Program

Aadhaar is an initiative by UIDAI (Unique Identification Authority of India) to register, identify and authenticate Indian residents based on their physiological characteristics. It is a twelve digit number that is uniquely provided to every individual and registered by UIDAI under an Aadhaar Act. Under Aadhaar, a citizen can get various benefits, subsidies and other government services in Education, Health care, Agriculture, Insurance and other sectors based on biometric information of an individual such as fingerprint Scanner, iris scanner or face recognition.

Holding a unique identity becomes essential for a citizen throughout his/her lifetime which can be used and accessed from anytime, anywhere – either it a digital form or a physical.  And based on this fact, the Indian Government under an Aadhaar act initiated a trusted citizen identification process with the slogan ‘Unique makes you the only one’.

As per UIDAI, Aadhaar is not only a trustworthy process of identification and authentication but also an instrument to enter into any transaction without requiring any supplementary document.

Biometrics play a subtle role for UIDAI as the whole concept of Aadhaar stands on the foundation of Biometrics technology. Under the Aadhaar act, every Indian resident is entitled to attain Aadhaar number through a process called ‘enrollment’ with the utilization of Aadhaar Biometric devices. Once an individual’s biometric information is taken through Aadhaar fingerprint scanner and Aadhaar iris scanner, it is then verified. Upon successful verification, a 12 digit Aadhaar number was issued to an individual as per the UIDAI regulations.

Biometrics technology encourages a paradigm shift from the traditional citizen ID management model of government to an innovative, holistic and advanced Biometric based unique ID management model. Aadhaar has so far succeeded in achieving multiple milestones while the program is deemed to be the world’s largest Biometrics based citizen identification solution.

Aadhaar biometric devices were employed to get the demographic information of a person based on his/her biometric traits such as fingerprint and iris under ‘what you are’ examination.

Aadhaar kit consists of biometric fingerprint and iris devices which are extensively utilized to verify and authenticate a person. Employing Aadhaar kit at government offices can assist the citizens to avail benefits of various social welfare schemes.

Mantra offers an Aadhaar kit comprising of Aadhaar fingerprint scanner and Aadhaar iris scanner for efficient human verification and authentication. Mantra Aadhaar kit lets a person’s fingerprint or iris act as a password, eliminating the need of remembering passwords that can be easily lost, stolen or forgotten.

The Aadhaar kit designed by Mantra consists of two Aadhaar biometric devices – MFS100 and MIS100v2 that identifies the poor quality fingerprint and iris images without a hitch. The kit is easy-to-use and comes with a lot of functionality such as the devices are rapid, powerful and rugged that can be implemented for various projects or schemes.

Mantra has an upstanding capability to provide a range of high-quality Aadhaar Biometric devices.

Suitable and safe to use