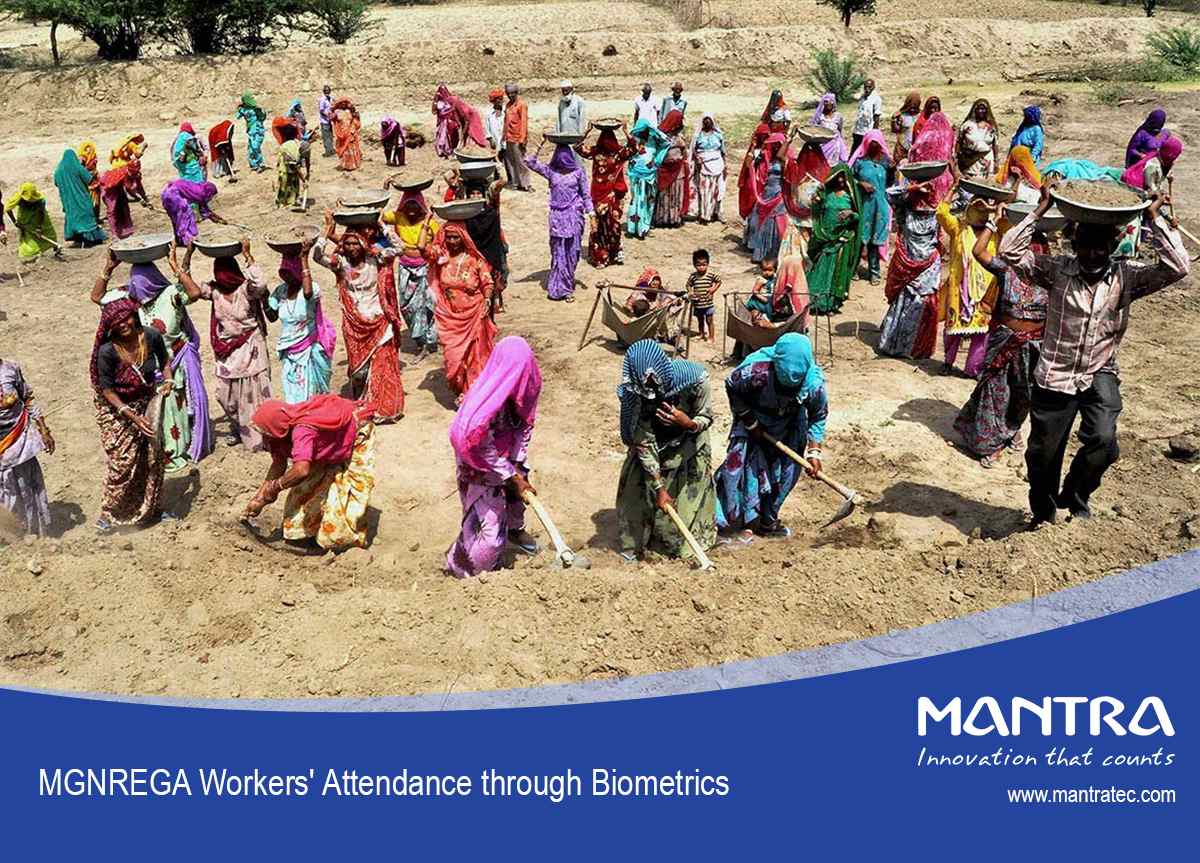 MGNREGA – Mahatma Gandhi National Rural Guarantee Act is an initiative by the Government of India to bring forth the large scope of employment in the rural or semi-rural regions across the nation. The scheme enables rural communities who are seeking employment to enroll under it and procure work to earn livelihood.

Employing thousands of individuals under MGNERGA is undeniably the most strenuous task when attendance and wages of thousands of workers is to be managed faultlessly. Implementing technology, such as biometrics for identifying and authenticating the workers enrolled under the scheme is well-worth avoiding the fake claims and recording precious attendance of the workers.

MGNREGA was rolled out on August 25, 2005, to uplift the poverty-stricken class of rural India by imparting employment to them. The Ministry of Rural Development is entitled to monitor this government led scheme in cooperation with governments of different states.

MGNREGA is an initiative that not only supports the rural communities in getting employed, but also brings transparency in government welfare schemes keeping corruption out of the league. Every fiscal year, 100 days of employment is assured to the rural people living in BPL (below poverty line) category.

The semi skilled/unskilled workers residing in the rural and tier-3 regions of India will no longer have to starve or struggle for the daily bread. The scheme also aims to support women empowerment and hence one-third workforce under MGNREGA will comprise of females. As per the statistics, in the year 2008, nearly 34 states and 648 districts were enclosed under the scheme.

Adoption of Biometrics in MGNREGA

The state government suggested to link Aadhaar card of the workers for payment of wages to the righteous person and to avoid scams. Jharkhand was the first and foremost state to link Aadhaar of workers to ensure reliable payouts under the project in the year 2013.

Linking Aadhaar with the biometric-based time attendance system for MGNREGA ensures the safe & authenticate calculation of wages and payouts to the beneficiaries’ accounts. After witnessing the incidents of fake claims under MNREGA, the Govt. decided to adopt next-generation technology like biometrics to mitigate identity fraud by accurately verifying beneficiaries.

The biometric time attendance system lends a helping hand in recording the attendance of workers. This will further support in the faultless calculation of wages along with ensuring that the payouts are going to the righteous beneficiary account.

Adopting the biometric time attendance system for MGNREGA workers proves to be noteworthy and presents compelling features such as:-

Automates the process of identification

At the present time, various government flagship programs are taking advantage of the latest biometric technology based devices for efficient and secure administration.

Biometric time clocks are the most effective method to collect workers’ time as it works on fingerprints or eye retina of an individual which uniquely identifies them. It also helps in efficient payroll calculations and to ensure that workers’ hard-earned money goes to their account.