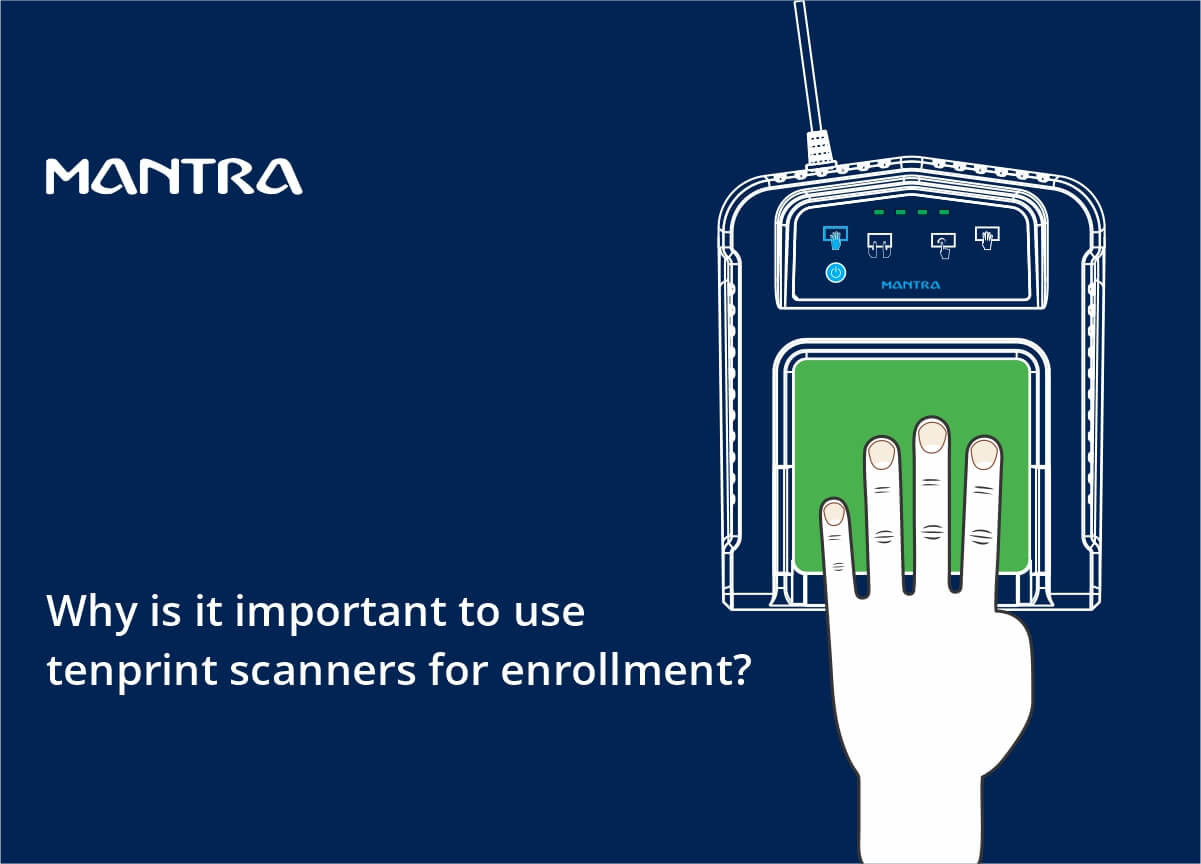 Everyone now is familiar with the fingerprint security system on smartphones, office door access control, and banking and financial services. Because of their convenience and ease of use, businesses consider fingerprints the first choice for authentication. However, the need for multiple fingerprint authentication is inevitable in many applications, where relying on only one fingerprint is not feasible.

How multiple fingerprints are enrolled?

Each fingerprint in a four-slap print will have the adequate quality to segment each of them. The device will reject the slap if it doesn't meet the image quality and ask for enrollment again. The captured four slap prints can be segmented into individual fingerprints with the help of software for later verification purposes. Unlike ordinary fingerprint verification devices, tenprint scanners can use for both verification and enrollment. In addition, the tenprint scanner supports livescan, which is beneficial for border security and law enforcement agencies.

Applications where tenprint scanners are important

The tenprint enrolments are beneficial in applications that demand high throughput and accuracy. There are several applications where enrolling all the ten fingerprints is necessary that are listed below:

Many security agencies are doing this now; they compare the latent prints against the police's database to find the culprits. The Interpol runs an international fingerprint database known as the automatic fingerprint identification system (AFIS).

Unlike the regular fingerprint sensors used for verifications, the tenprint scanners should have the upper hand in producing high-quality templates, certifications, security compliance (FBI certification), ruggedness to protect the device from dust and water.

Check our tenprint scanners: MORPHS, feel free to contact us.