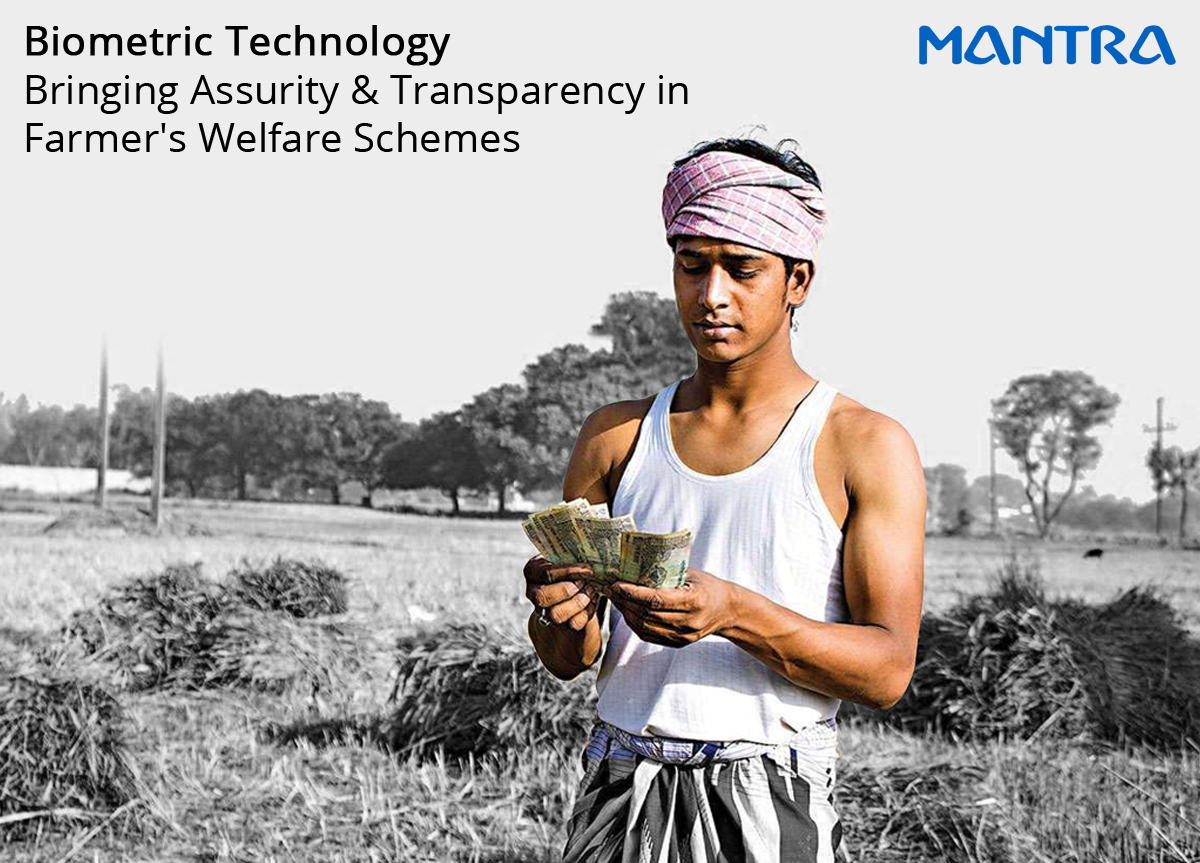 Biometric technology is bringing a sea change in different industries worldwide, ranging from law enforcement, banking & finance, healthcare, education, airport & border security, public safety, retail industry, etc. In India, the agricultural sector is deemed to be a prime source of livelihood for approximately 61.5 per cent populace of the nation, as per the agricultural census, 2011.

Furthermore, according to the reports of the World Bank 2015, around 60.45 per cent of India’s land is used for cultivation and forestry. While during the period 2012-2013, nearly 57.8 per cent of the total estimated rural households of the nation amounting to 90.2 million were agricultural households.

In the current scenario, to support the small scale farmers in rural areas with agricultural subsidies or direct transfer benefits and attain sustainable development goals, advance technology like biometric spurs the system of equitable benefits in the agricultural sector.

The Indian Government has laid the foundations of UIDAI’s Aadhaar initiative to assure simple, efficient and secure access to public services through unique individual identification. Aadhaar based biometric verification process proves to be a safer method of identifying a person based on his/her biometric details such as fingerprint and iris recognition.

With the assistance of UID-Aadhaar and biometric technology, the government ensures that only the right person obtains the welfare benefits under different social welfare schemes. Furthermore, biometric fingerprint scanner & iris scanner devices add a layer of security and convenience to the lives of people.

The Indian Council of Agricultural Research, since the time of its establishment, is leading the innovative technology-driven growth in agro sector. Hence, when the small & marginal farmers were facing the brunt of fake insurance claim by fraudsters, Aadhaar enabled biometric devices becomes significant for putting an end to falsify exercises.

In the year 2018, Indian government witnessed many fake insurance claims and loan waiver frauds wherein there was an indication of outstanding amount against the names of small/marginal farmers not opting for loans at all.

Besides, for farmers residing in remote areas, a biometric enabled Micro-ATM acts as a significant banking instrument as it allows the farmers to obtain financial services at their door-steps instead of traveling long distances.

What’s more, the biometric characteristics of the beneficiaries (small/marginalize farmers) help in identifying an individual, ensuring only the right person receives the benefits. Under PM-Ksihan Scheme, more than 2 crore farmers are registered so far with the help of biometric scanners.

Biometric technology is deemed to be a twenty-first-century method of identifying and authenticating individuals through portable biometric devices at anywhere and anytime.

In April 2013, the government decided to extend the direct benefits transfer (DBT) and asked the farmers to link the Aadhaar with their respective bank accounts to keep the ghost beneficiaries at arm’s length. DBT program implementing biometric scanner devices ensures transparency and save the time of the farmers.

In particular, Biometric Aadhaar Authentication allows the farmers to purchase Fertilizer at Subsidized rates under the Direct Benefit Transfer (DBT) program. This step has been taken to ensure that only identified beneficiaries get highly subsidized Fertilizer.

A short time ago, Bihar Government has implemented Mantra IRIS Scanner – MIS100V2 and Mantra Fingerprint Scanner – MFS100 for the registration of farmers under the Direct Transfer Benefit Scheme (DBT) to provide them with the benefits of subsidies, grants and compensation under PM-Kishan Yojana.