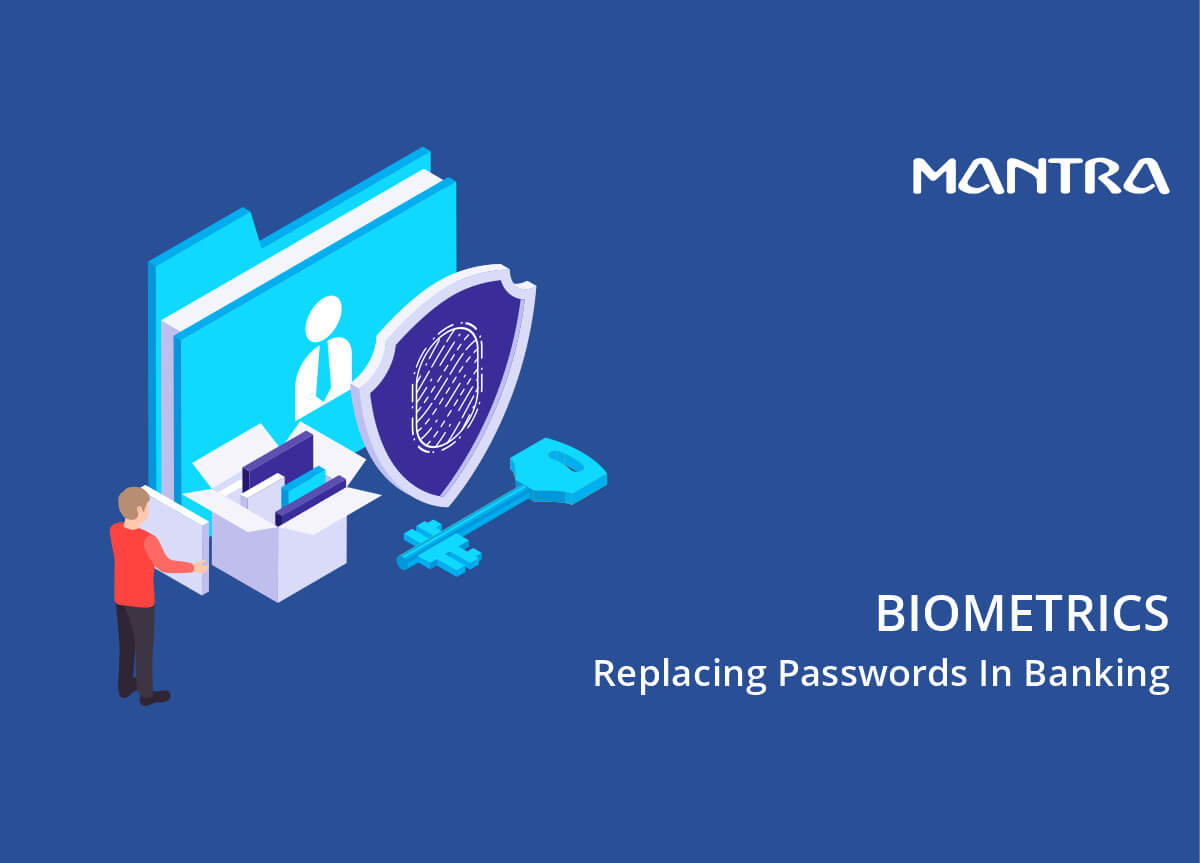 Passwords are commonly used in banking services to authenticate customers making transactions and using ATMs. However, several research and surveys indicate that passwords or PINs are vulnerable to cyberattacks and easy to steal from underbanked people. As a result, several financial frauds are committed by accessing bank accounts using online banking, ATM cards, and mobile applications. Banks can mitigate this by using biometric authentication for banking services.

The Indian government will soon adopt Aadhaar-based facial recognition for direct deposit into people's Jan-Dhan accounts. In addition, an Aadhaar-based payment system was deployed, which requires the account holder's fingerprint to commence transactions.

Biometric is the measurement of unique physical or behavioural characteristics of a person to identify the person. The technique compares a person's biometrics to those previously recorded in the system. Because biometrics read a person's unique identity, they may provide a high level of security and do not need the usage of any physical identity credentials, making them convenient for banking. Various research indicates that the younger generation is at ease with biometrics and believes that biometric authentication might simplify their transaction procedure. Soon, passwords and PINs will be phased out in favour of biometrics from niche banking activities.

The goal of biometrics in banking is to increase bank infrastructure security and individual security in financial transactions. Biometrics is becoming increasingly crucial in modifying the specialized operations in the banking sector. Many banks employ biometrics for KYC now, but biometrics will be used in many more financial niches in the future. Some examples are as follows:

In developed countries, biometric detection in ATMs is standard. In banks, facial and iris recognition are commonly utilized. To stop ATM frauds and catch the culprits, facial recognition can be employed instead of ATM CCTVs. Fingerprint sensors, on the other hand, are utilized in ATMs to do self-KYC processing.

Biometric in internet and mobile banking

Bank vaults are often safeguarded by keys or passwords that are both vulnerable to theft and duplicable. Banks can incorporate biometric readers such as fingerprint, face recognition, or both to enable multimodal security for vaults.