Home / Blog / The Evolution of Biometrics in Law Enforcement 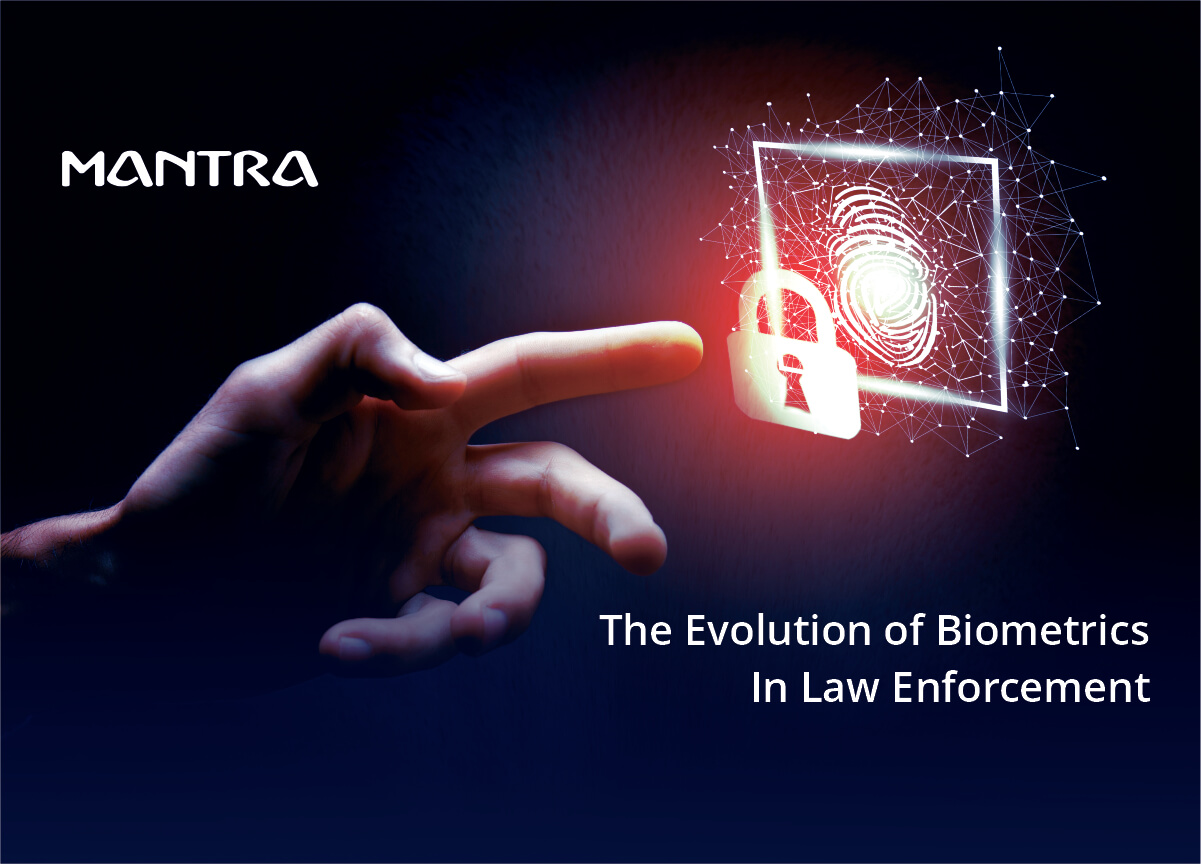 Biometrics in law enforcement holds the Lion-share of the biometric device market.

As a result of the increased sharing of fingerprint data, INTERPOL made 1600 identifications in 2019 alone. The Automated Fingerprint Identification System (AFIS) of INTERPOL can make 3000 fingerprint comparisons each day.

INTERPOL also maintains the INTERPOL Face Recognition System (IFRS), which contains facial data from 179 countries. They found 1500 people of interest, criminals, terrorists using the same system at the end of 2016.

This article will examine the modality use cases of biometrics in law enforcement and evolve.

Modality wise applications are listed below:

Latent fingerprints are prints obtained from a crime scene of the suspect. The fingerprint thus obtained is first digitalized and verified against the database to find a match using the AFIS. If the agency finds a match from the database, agents can conclude the suspect. But, if there is no previous record of the fingerprint, the agency can enrol it in their database to track and identify them in the future if the criminal continues their criminal activities.

The criminal database is created by enrolling criminals at the police station or jail after being convicted. Agencies will acquire a person's facial features and ten fingerprints using slap scanners. Both the biometric data are used for in-jail security and in the future to find out if the convict is involved in illegal activities during the parole period.

Also read: How biometrics can help in Maintaining the Track Record of Criminals?

Surveillance is one of the significant applications of facial recognition in the real world. It has two use cases: to give alerts regarding the presence of criminals in public places and to find missing people.

In both use cases, an image of a missing person or criminal is given to the system. The system will alert the officials if it finds an exact match from any of the CCTV cameras placed in public places that are part of the Automated Facial Recognition System.

Various countries are now using portable facial recognition cameras with traffic police. Traffic police can use this camera to verify the authenticity of the driver's license. Also, it helps in surveillance: finding people.

No more asking, "Are you telling the truth?"

Facial recognition technology is evolving as never before. The latest development is the lie detection algorithm. This technology can read the facial expression to determine whether that person is telling the truth or not. During the interrogation, agents can live-monitor the suspect. Several countries are using this technology, and the UK is in the process of legislation.

The iris recognition system is now used at Dubai airport for boarding passes and immigration clearance. That will help accurately authenticate people accessing the airport.

Biometrics in law enforcement is strengthening agencies across the globe in finding culprits and ensuring the security of their facilities, airports, and public places. The biometric algorithm is evolving to cope with the changing scenarios. For example, facial recognition algorithms can now detect masked faces from videos. Soon biometrics will become more part of criminal investigations and security.