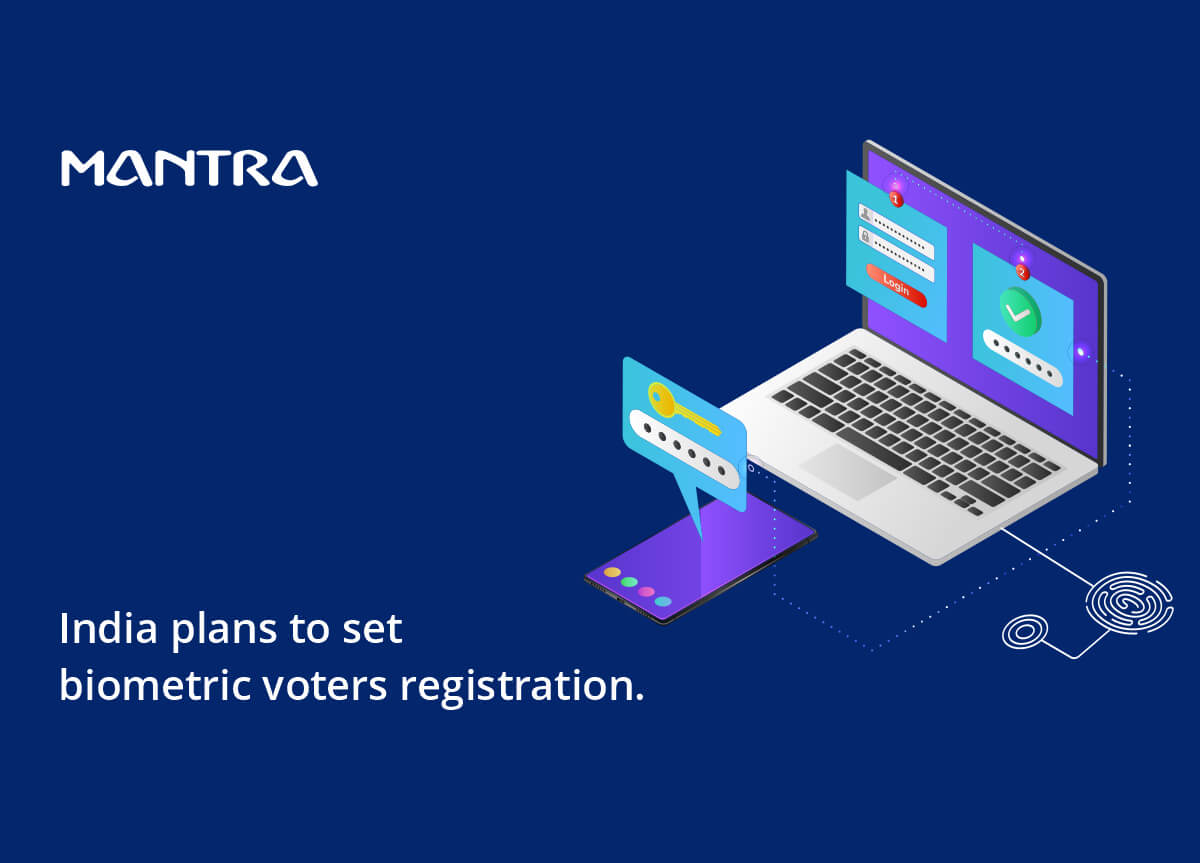 The general election in India is regarded as the world's largest democratic process. The Election Commission of India (ECI) is the responsible authority for conducting fair and credible elections. For the past two years, there has been a lot of news about biometric voter ID. The latest news in that line says: Ministry of Law in India is consulting with the Unique Identification Authority (UIDAI) regarding the possibility of developing the Aadhaar biometrics-based digital ID to register and authenticate voters.

According to the most recent report, ECI is attempting to develop a system that would allow individuals to download the digital elector's photo identity card or voter slips. Initially, the technology may be designed for voters who cannot go to a voting location in their registered constituency. Either face recognition or iris with liveness detection are most likely to be used in the polling station.

According to research, among 130 countries across more than 9% of countries use electronic biometric identification. But many of the countries are at the starting phase in implementing the system. In the last general election of the United States, the mobile biometric voting software allowed voters with disabilities, deployed military personnel, and citizens living overseas to vote. In light of these developments, we must explore the benefits of utilizing biometric voter identification.

Biometrics is regarded as one of the most precise authentication methods. In addition to fingerprint authentication, the Indian Election Commission is likely to use iris scanners or face recognition. The live biometric data from the polling booth may be cross-checked with Aadhaar's database for voter identification. All citizens having unique biometrics will be entitled to one vote, i.e. "One person, One vote." That is necessary to conduct a fair and credible election.

De-duplicate of registrants:- Once a voter is registered with their set of biometric data in voters ID or Aadhaar. Biometric voter registration may cross-check gathered templates with a complete collection of data to identify and eliminate duplicate registrants effectively. Also, it can stop casting fake votes for deceased persons.

Increase credibility:- Biometric voters ID ensures the motto: One person, one vote. Even remote votes and postal votes can only be cast by verifying individuals with authentication biometrics.

Today, biometric authentication is widely used for banking services, airport boarding, access control, web authentication, the education sector, and even in the small gadgets we have in our pockets. All these sectors leverage the accurate authentication of biometric technology, so why not in the election process? In large countries like India, biometric voter registration can enhance the transparency of elections.